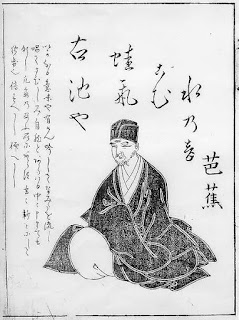 Matsuo Bashō (松尾芭蕉) is one of the most famous Japanese poets in history. Even if a lot of non-Japanese people do not know his name, they will most likely have heard of the revolutionary style of poetry that he mastered beyond any of his contemporaries: haiku.
Bashō was born in Iga Prefecture in 1644 A.D., which is also the birthplace of the ninja, but that is a whole other story. His father was a low ranking samurai, and it seems that Bashō also worked there as a young man, but he was relegated to a very low position. According to some sources, he worked in kitchens and didn’t garner much respect from his peers. At some point in his childhood he became enamored with renga, which became his gateway to the world of haiku.
For this post, I want to delve into Bashō’s early life and his early haiku, before he attained real fame. Firstly, Bashō did not “invent” the haiku. A haiku is just a poem with 5-7-5 mora structure. Before the rise of the samurai, poetry was an aristocratic pursuit and the most common form was tanka. Tanka followed a 5-7-5-7-7 mora system, but in medieval Japan things started to change. Samurai took in an interest in “cultured pursuits”, such as poetry, but they were not so inclined to craft the emotionally raw and culturally indulgent poetry of the Heian aristocrats. Instead, popular poetry began to emerge as a creative activity and competition. Renga is one of the poetry games that arose from this cultural shift. Renga is a competitive form of poetry composition that I have already described in detail in another post. 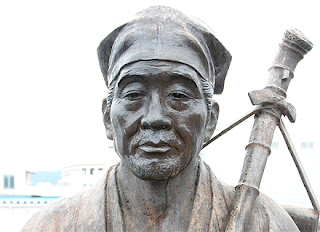 Bashō also practiced renga, but it appears that he became unsatisfied. During Bashō’s time, Japan was also in a political and cultural transition. Japan was entering its so-called “Early-Modern” period. It was during this time that the Tokugawa Shogunate officially closed Japan’s borders and heavily restricted contact with outsiders.
Bashō himself seems like a man that was torn by opposing forces. He was born into the samurai class, but he decided to devote his life to poetry, and he seriously studied the Japanese and Chinese classics, along with other philosophical schools of thought. However, he wrote poems that were accessible to a large audience, not just the learned aristocrats. He would reference classical kigo (seasonal imagery) alongside popular themes. Bashō’s haiku encapsulate this apparent contradiction in such a profound way that he radically transformed this form of poetry. He not only wrote it, but he lived it. His life resembled Saigyō’s; he was a life-time wanderer and traveler, and it seems that his latent homosexuality caused him to be perpetually lonely. What I like most about Bashō is his fundamental humanity and his unique perspective to the human condition. For this post I am only translating some of his early haiku. In later posts, I will translate work from throughout his life, and we can see how his changing course affected his artistic expression. 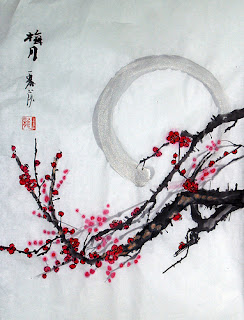 春や来し年や行きけん小晦日
Spring has arrived,
And the year is leaving us
Such a small, dark day…
As we all know, lunar calendars can cause some irregularity. The crux of this poem is that the year that Bashō wrote it spring “arrived” before the New Year. This is very rare but was possible.. Basically, Bashō is lamenting this strange occurrence with a play on words that is pretty much impossible to translate into English. The last line “小晦日” is a play on “New Year’s Eve” which is written “大晦日”. The two words are identical except for the first character. The actual word for New Year‘s Eve “大晦日” begins with “大” which means “big”, and Bashō’s word starts with “小”, which means “small”. I interpreted that to mean that New Year’s Eve has lost its significance and thus it is a “small, dark day”. 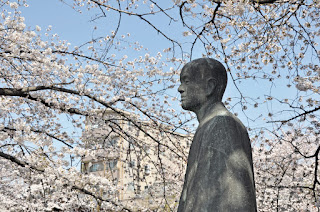 京は九万九千くんじゅの花見かな
In the Capital,
Masses of people, both high and low,
Can see the blossoms.
This poem has a couple of tricks in it. Firstly, in Japanese it is highly alliterative, and he uses a play on words that is again tough to translate well. “九千くんじゅ”, which roughly translates to “nine thousand communities”, is very close in pronunciation to “kisen kunjuu”, which means “communities mixed with both high and low ranks”.

萎れ伏すや世はさかさまの雪の竹
Withered, prostrate,
The world has turned upside down.
Snow on the bamboo.
This poem is a good example of Bashō using imagery to convey deep emotion. This is widely considered to be about the funeral of a child. The first line incorporates two verbs that seem similar but have very different contexts. Both verbs denote “drooping”, but “伏す” (fusu) has a connotation that indicates “bowing” like a child would to their elder. So the “child in question” is prostrate, but not because he is being obedient. He has passed away. The second line is an emotional outburst, and finally, Bashō finishes with elegant imagery. Bamboo is known to blow in the wind and although it is very firm, it can blow in an unruly way, almost petulant. So the bamboo being weighed down by snow signifies the loss of a child by the cruel and over-bearing world. 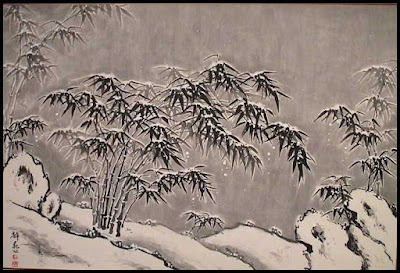 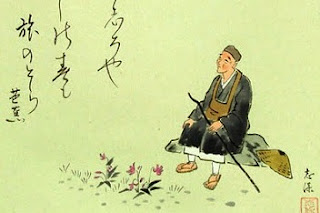 雲とへだつ友かや雁の生き別れ
Clouds in the distance,
An old friend? Or just wild geese?
We’re lifetimes apart.
This one Bashō’s travel poems, and it is meant to express his profound loneliness. It is unclear if he is referring to a specific person or if he is speaking metaphorically. In any case, the reference to wild geese is a clear indicator of loneliness on the road. 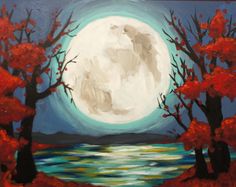 夏の月御油より出でて赤坂や
The moon of summer,
Over Goyu it’s setting.
Those bright crimson hills.
This is one of those haiku that perhaps does have an intricate, implied meaning. I am not 100% sure where “Goyu” is, but I believe it is in Aichi Prefecture. However, I don’ think that’s important. I interpret this poem to have a multiple layers of sadness and intrigue. It is definitely peculiar for the moon to set while the sun is setting (hence the “crimson hills”). It makes for a surreal image, but it is also sad, because for so many travelers like Bashō the moon was a vital source of light during the night. This is the kind of “haiku image” that I really enjoy. 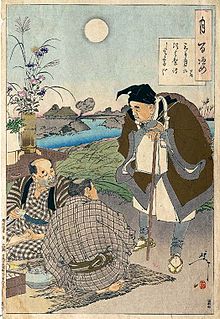 木を切りて本口見るや今日の月
Freshly cut, the tree…
Inside it is visible…
Today’s rich, full moon.


I took some liberty with this one, but it seems to me that the crux of this poem is that the harvest moon is visible in the opening of the tree. What exactly that means is up to your interpretation.